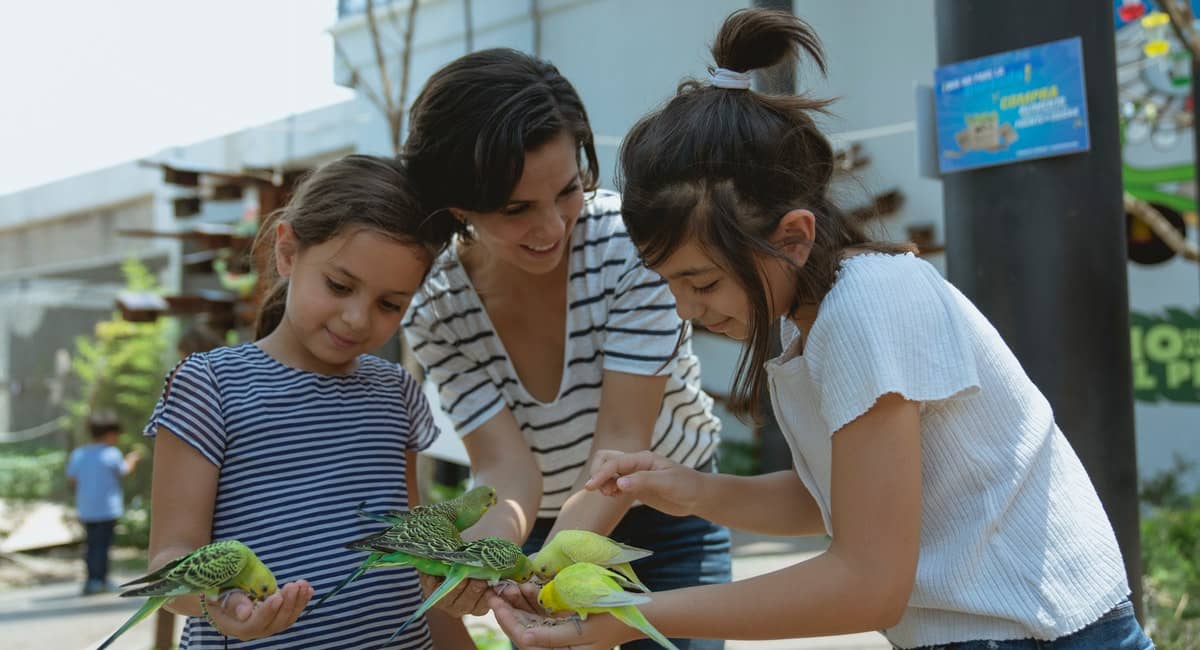 One of the best outings with the whole family, whether it’s a road trip or part of a city tour, is visiting a zoo. Bucket-listing some of the best zoos in the US is a must. It is the perfect way to spend the day together, learning about different animals and watching how they interact with each other and the people visiting them.

Zoos have certainly evolved over the years as the perception that animals are caged and isolated is no longer the reality. Many zoos have created an environment for animals that attempts to mimic their own natural habitats.

Here is a list of the best zoos in the US. Next time you need a day trip activity or are visiting a new city, consider going to the zoo! After all, where else can you see polar bears, pandas and lions all in one place?

Best Zoos in the US

It’s not much a surprise that San Diego is at the top of the list. According to the Association of Zoos and Aquariums, San Diego is the most popular zoo in America, with over 3 million visitors. This world renowned, 100-acre zoo was the pioneer in creating open-air, cageless exhibits featuring 3,00 animals and 650 species.

Operating for over 125 years, this 84-acre campus supports over 3,000 wild animals. To think this zoo began with a single bear.

The Bronx zoo in New York is one of the largest zoos in the US by area with 265 acres of park lands and naturalistic habitats separated by the Bronx River. The zoo is home to award-winning exhibits and diverse animals.

Spread over  55-acres but still houses over 6,000 animals and has been ranked among the top 10 best zoos in the US.

This 35-acre zoo is the fourth oldest zoo in North America. It’s also one of the few zoos in the US that don’t charge for admission. Two pairs of swans arrived at Lincoln Park in 1868, a gift from New York’s Central Park and the beginning of the free zoo in Lincoln Park.

The Philly zoo has a 42-acre campus and it is also the first zoo in the US. Over 1,300 rare and endangered animals are currently housed in the zoo.

This is another zoo where the admission is free, but you must reserve a spot to get in. The zoo is considered one of the best attractions in the city of Saint Louis.

Caribbean Cove is a shallow pool with different marine life like sharks and stingrays.

The Children’s Zoo offers play while educating kids about different animals. There’s a see-through slide through an otter pool and kangaroos play right beside an indoor play set

This New Orleans zoo has a 58-acre campus and is home to more than 2,000 animals. There are animals that are native to New Orleans such as black bears, river otters, raccoons, copperheads and alligators.

The 750-acre Zoo Miami is the largest zoo in Florida and the fifth largest in the US. It’s also the only subtropical zoo in the continental US, allowing the zoo to care for a wider variety of animals from Asia, Australia and Africa. The zoo tries to match their foliage, trees and soil as close as possible to the native habitats of the animals.

The 216-acre campus zoo in Illinois is famous for using ditches and moats instead of cages to protect both animals and visitors.

The 50 plus acre zoo is home to over 750 species, some of which are endangered or extinct. The San Antonio Zoo in Texas lets visitors get up close and feed some unique animals such as the flamingo and okapi.

Cincinnati zoo in Ohio state is the nations’ second-oldest zoo and also includes a botanical garden and an insect exhibit.

This 163-acre zoo in Washington D.C. doesn’t charge for entry but guests must reserve their tickets. The National is home to giant pandas and about 25% of the zoo’s animals are endangered.

This 106-acres zoo is the oldest and largest zoological park in Texas and started with only two mountain lions and two deer.

This 76-acre zoo is divided into three zones and has 19 main exhibits. The Memphis zoo also doubles as an arboretum, with more than 40 labeled specimens of trees.

The Phoenix zoo is the largest, non-profit privately owned zoo in the US. They also have 2.5 miles of walking trails that stretch over several areas including the Arizona Trail, Africa Trail and Tropics Trail.

The Columbus zoo and aquarium is over 234 acres and is home to over 7,000 animals. The exhibits are organized by eight world regions including the Safari Golf club, Zoombezi Bay and Jungle Jack’s Landing.

This concludes the list of the best zoos in the US. Zoos have evolved over the years to be more educational and interactive so people can learn more and better observe how animals live in their natural habitats. Zoos also host many special events, and people can also consider zoos as a venue for birthday parties and even weddings! Make sure you put these best zoos in the US on your travel bucket list.