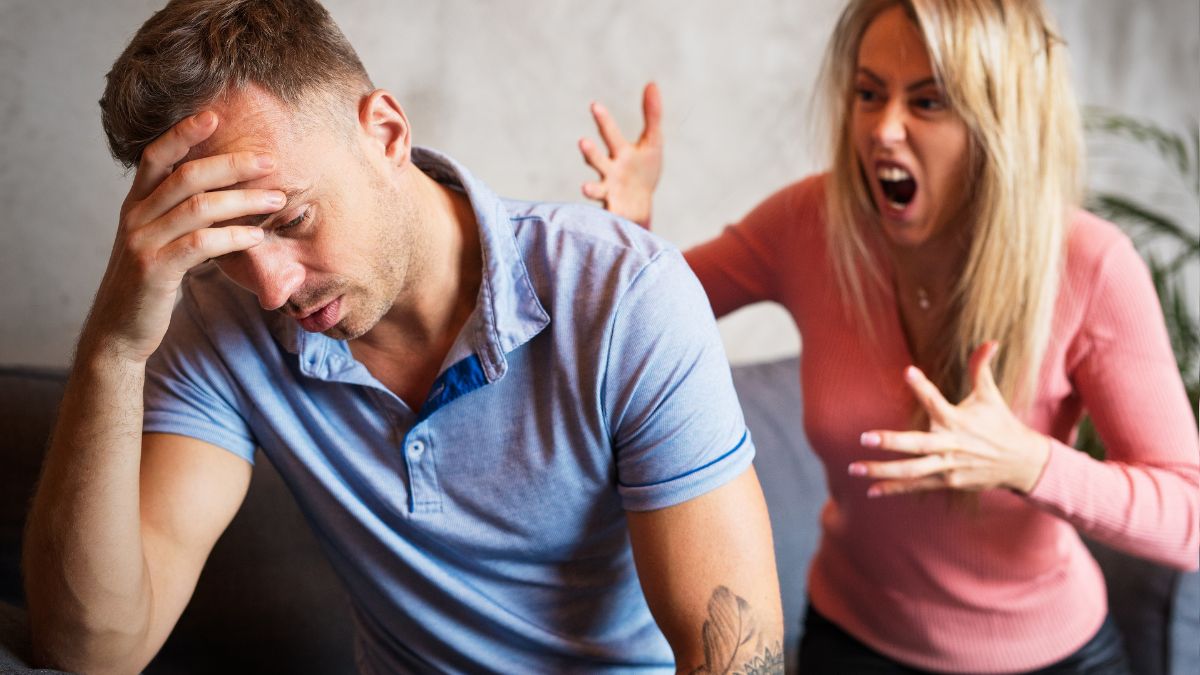 Relationships can be challenging. Before committing to marriage, it is helpful to get insight into why some relationships don’t last. Male readers were asked to discuss why men divorce and what was the final straw that helped them make the decision.

“She said “I could do so much better than you!” (This was because I couldn’t afford to send her (10 year marriage) on a second trip to Bali within a couple years time, while working full time and trying to get a side business off the ground.) I built her up for years and this was my repayment. Her freedom was not nearly as fruitful as she anticipated.”

2. She Couldn’t Say Good Things About Me

“The final straw was marriage counselling. Listening to her talk about me. Then she couldn’t say 3 things that she liked about me. I was done at that moment, stopped caring completely.”

3. She Yelled Too Much

Many relationships were volatile and the excessive yelling and belittling would lead to regular emotional abuse.

“I hate women who yell. She would:

B. Follow me into different rooms, yelling at me to finish the argument.

Then I would snap and say mean things, and yell back, and then she calls me emotionally abusive for yelling and calling her mean things.”

4. Not Carrying Her Load

When one person is supporting the couple or family financially while also completing the majority of the household responsibilities, it leads to resentment.

“She wouldn’t work, she wouldn’t clean, she wouldn’t do basically anything to make the marriage easier. She’d use the excuse, “You knew this before we got married.” Like that somehow excused her.”

5. She Said He Couldn’t Provide

If women are looking for a sugar daddy but they can’t live up to the expectation, men eventually feel like they are being used.

“She resented me because I couldn’t send her on a holiday, ended up going on the holiday by taking out a huge loan, drained our savings account while she was over there, ended up leaving me when she came back for reasons she couldn’t really articulate very well but included things like not being able to provide.”

There were several stories about being cheated on repeatedly by ex-wives:

“My ex wanted me to send her on a cruise of the Greek Islands. Pretty certain the guy she was cheating with at the time was going on that cruise but he wasn’t willing to pay for her.”

“Dead bedroom, her ignoring me.”

“When she finally admitted she no longer desired me.”

It also doesn’t help if she decides she’s a lesbian:

“She’ woke up’ from a decade long period of being a low energy and started doing all of this new stuff. But none of it was focussed on our kids, house or me. It was all about ‘finding herself’. So I was faced with the idea that me being patient and understanding while essentially carrying the responsibilities for two people, it’s not that she couldn’t pull her weight, it’s that she didn’t want to. Or rather, she didn’t want to be part of the life we had together. Plus, she decided she was a lesbian.”

There are many stories of constant yelling and fighting turning into emotional and physical abuse by the ex-wives.

“Her emotional abuse turned into physical abuse. She said that I made her hit me and it was the only way to get me to see her point of view on what we were arguing about. We weren’t even really fighting, it was about car insurance and she gets up, walks over and just smacks me across the face as hard as she can. She slapped the last little bit of feeling I had for her out of me.”

9. Better Off Without Her

“I asked the Dear Abby question: would I be better off with her or without her. Decided that without her my life wouldn’t be that different, except I’d have less laundry to do, and no one would yell at me after work. Totally worth it.”

“I went to individual therapy, and talking about my marriage out loud with someone made me realize how incredibly toxic it was. I went to my then wife and told her that things needed to change if we were to stay together. She straight up told me no.”

Overspending and not contributing to the household finances can cause a major strain in a marriage.

“Had to withdraw $8,500 to pay taxes on mutual funds I sold to cover monthly household costs and finally told her “I’m not happy about the taxes this year, and not happy in the marriage anymore” I moved out a little over a month later.”

“She was found by another family member passed out drunk,  and in bed with some dude. I was away on a business trip at the time. It had gone down hill for years. I had initiated a family intervention (about the alcoholism). But that was the last straw.”

“Controlling, no communication, never cooperated with me or listened to me. Emotional abuse any time I made a small mistake. Nothing I did was appreciated and I could never do enough.”

15. She Gave an Ultimatum

“An ultimatum. She made me think about why I was there, with her. I don’t remember what the ultimatum was now, but the answer was to get away from her, I choose me.”

16. She Wanted an Open Relationship

“When she decided she wanted to become “polyamorous” and “open the relationship up” as a cover up to sleep with her work employees.”

This article was produced by This Mom is On Fire.