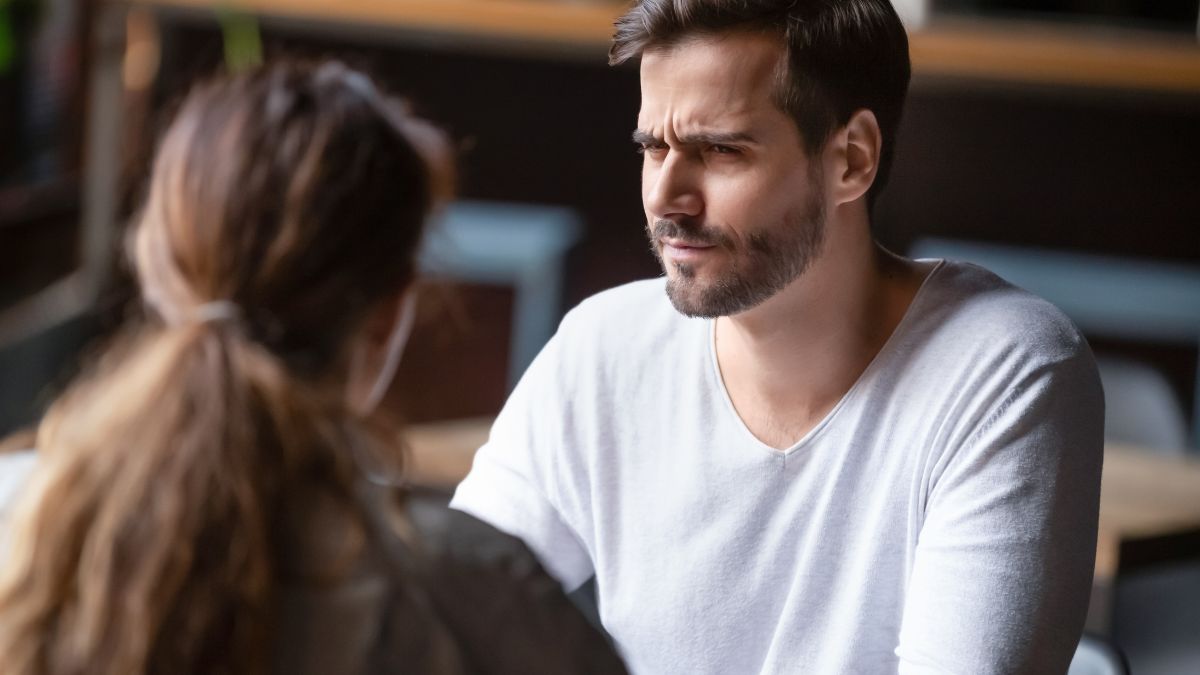 Readers were asked about first-date red flags men see in women. It’s interesting to see if women see the same flags in men and hear about their wild and hilarious first-date stories. Here is what men had to say about the warning signs they saw on their first dates.

Not being able to converse effortlessly together kills the chance of going on another date.

“Not putting any effort to the conversation.”

“This is what men mean when they say “not putting in effort”. If a man is breaking his back to keep you engaged and you’re not showing initiative, it doesn’t matter how pretty you are or what kind of job you have, or any of that. He will most likely not ask for a second date.”

“Yes, and this still blows my mind. As much as I’ve seen women complain about men doing these exact things in messages, I’ve had an inordinate amount of women not contribute anything to the conversation. Or, even start one or keep in general touch. Even ones who are potentially just looking for friendship.

“I understand that their could be a certain amount of shyness or anxiety or something, but really. You can’t even try?”

“Another one is simply having nothing to say. I went on one date and it was like talking to a brick wall. I would ask open ended questions and get nothing. Figured she just wasn’t interested and that was about it after that.”

One reader said “She openly talked about using men she’s dated. I excused myself, paid the tab, came back and let her know I was going home.”

“Another one was a girl got drunk and started talking about her sexual past. I asked her why she thought that was appropriate, she thought it was a fun topic. I chose to play pool with some guys there instead of furthering the date.”

3. She Brought Her Friends Along

“Ambushed me with a bunch of her friends. We were having a nice drink getting to know each other when I excused myself to go to the restroom. When I returned one of her friends was sitting in my seat and the table was surrounded by girls. They started peppering me with questions and I just looked at my date in shock. Then I stood up and walked out. She came running after me and I told her that I was done. She asked why and I replied that I wasn’t interested in dating someone who didn’t trust their judgment enough to get through the first date without seeking the approval of her friends.

Never spoke to her again.”

4. Constant References to an Ex

“When she talks negatively about past relationships and somehow avoids blame in all of them. Could be friends, family, exes, whatever. But it’s almost like they are building a foundation for future lack of accountability. ”

Constantly checking messages and sending texts while on a date is a definite turn off.

6. They are Just There for the Free Meal

“I hate that some women are shady like that, only wanting a free meal and the most expensive stuff.”

“Demanding an expensive first date. I don’t mind taking someone to a fancy restaurant. But if I ask someone out and they immediately suggest one of the most overpriced places in town. Red flag. Probably just a foodie call.”

7. She Had a Questionnaire

“She pulled out a questionnaire and began interviewing me. I ignored that subtle warning but sure enough a few months later and that questionnaire came out again when I said something she didn’t like. I’d said I’d like to move elsewhere eventually which she took to mean I’d follow her moves on a whim as she disliked staying in one place for to long. We fell apart shortly afterwards”

8. She Complained A Lot

“General complaining attitude. Talking badly about everyone and everything.”

9. She Brought a Dummy

“She brought a ventriloquist dummy.”

He decided to interview the puppet to make the most out of the date.

“Rude to the waiter and returned her food to be cooked again (looked fine to me), so I decided to wait for hers to come so we’d eat together, so mine it was stone cold.

Dropped her home, said see ya. Never spoke to her again.”

“Thought it was going to be chill….uh…so when we got there instead of heading to the cashier to order a coffee she went and sat at a table off in a corner out of sight from the employees, pulled out 2 portable, stemless, wine glasses and poured rosé into them. It was like 11am. I had to nudge her away from just getting drunk in the corner.”

12. Talking About Her Problems Too Much

“I had one girl almost immediately tell me her father died, and her and her mother don’t have a good relationship (ended in police becoming involved). Of course I paid the bill cuz you know, I’m a guy. BUT, I never talked to her again after that.”

13. Cutting Him Off or Talking Over Him

“I get it, sometimes it happens, sometimes you’ve got ADHD or something and you just get too excited to contribute to the conversation. That’s fine. But if it’s a constant thing I’m out. I have a voice, I deserve to talk and be heard just as much as her.”

Without a good excuse, showing up late can feel disrespectful to the person waiting.

“Showing up on a first date dressed down. I’m not expecting an evening gown but ripped jeans and a casual shirt to a nice place sends a clear message. Either they’re not interested, are so full of themselves they think they don’t need to try, or lazy. I know it’s a small trend for some to dress down as to not give the guy the idea that she’s too into him or some weird logic. But I am trying to make a good impression, the least she can do is try as well.”

More related articles on This Mom is On Fire

Why Men Divorce: The Final Straw