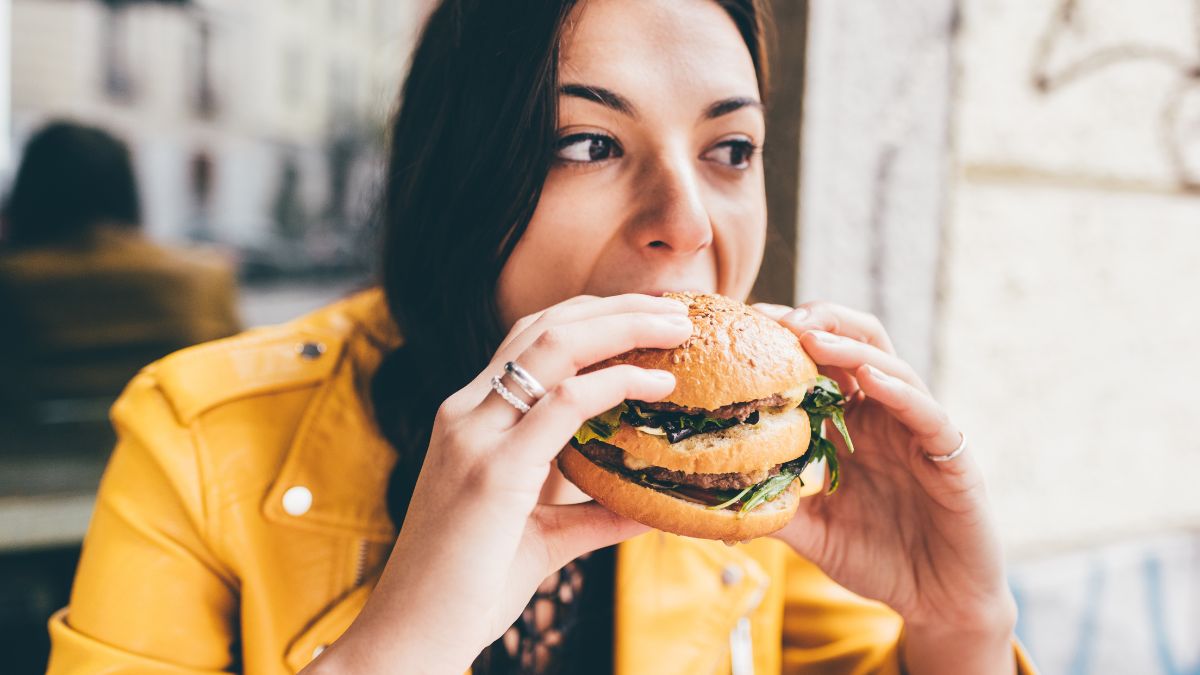 With so much international foods available in America, do we know what food is actually associated with American culture? An internet poll asked readers what foods they thought were American and here’s what they said.

One reader mentioned jambalaya, calling it the ‘chef’s kiss’ and another reader said gumbo.

“Now, individual states/regions have their own cultural Identity as well: Cajun/Creole food from Louisiana reigns supreme over all of it though”

“Cajun and Creole cooking. It’s a derivation of French cooking, but probably so far removed now that it’s a unique thing.”

“You’re not getting boiled crawfish made properly anywhere outside of South Louisiana.” 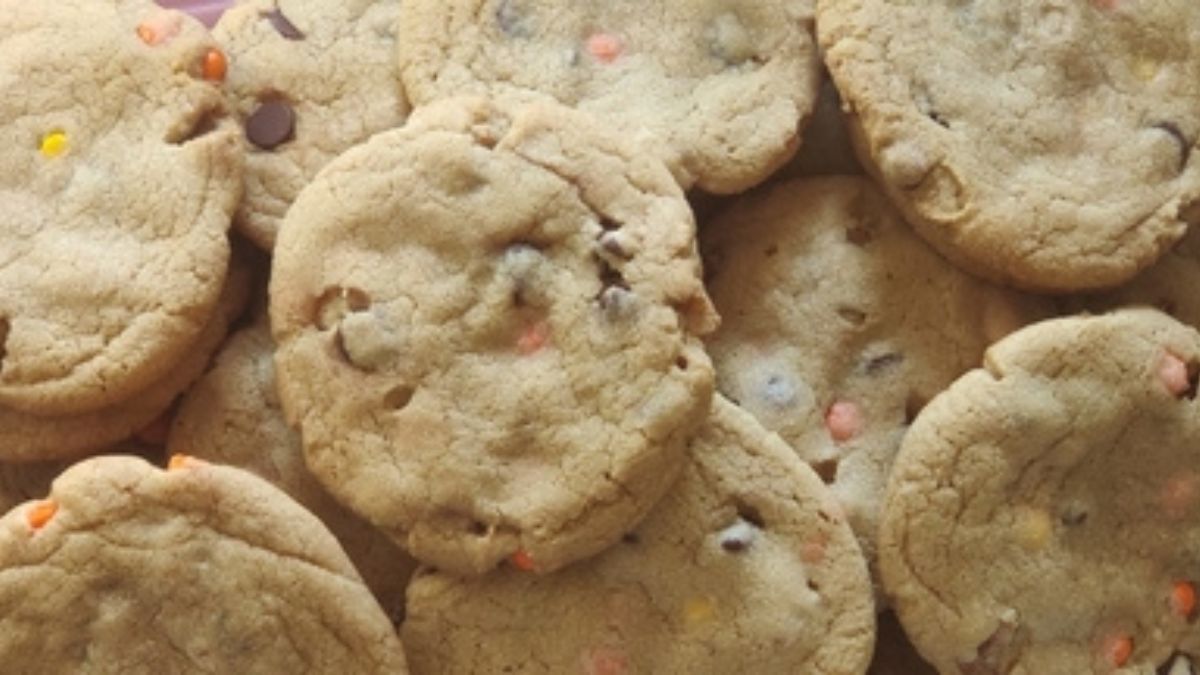 “Had a German exchange student stay with us when I was growing up. She couldn’t get enough chocolate chip cookies. Had never had them in Germany and was totally fascinated by them.”

“had a friend live in Turkey for a time. she got a hankering for chocolate chip cookies, but she couldn’t find brown sugar anywhere, so she had to get regular sugar and molasses and “make” her own. :)”

“Idk if it was originated in the US but it’s not that popular in other countries, although it’s shown a lot in American cartoons.”

“Extremely popular here in the US, to the point where a lot of young adults are sick of them now including me, because we ate them everyday as our packed school lunch lol”

“Only the USA could possibly find a weiner between buns to be gratifying and share that with the world.”

“We invented them. We turned refuse into money. It’s food for the common man. It’s unhealthy. It’s sold at baseball stadiums. It’s common to eat on Independence Day. It is meat. It is the most American food.”

“I really think cheeseburgers might be our most important cultural export. They’re at least in the top 5.”

“Yup. Straight-up one of the best foods on the planet.”

“I’ve traveled to a few dozen countries, and there is nothing like an American hamburger.”

Some readers pointed out that cheeseburgers may have originated in Germany, but its clear that America took it and ran with it. What other country can come up with the Baconator?

One reader disputed: “every country with meat has their version of bbq.”

However this commenter stood their ground: “Yes, but American BBQ is certainly unique and different from those types of BBQ.”

“Yes I’m aware other cultures and countries have been preserving meat by smoking it. Yes I know the word barbacoa originated in the Caribbean. But the Que itself was perfected in America specifically in the south. American Que is on a totally different level. If you haven’t had a religious experience eating barbecue, you haven’t had barbecue and I weep for you. I reccomend the Texas Brisket, Memphis Ribs, Carolina whole hog, KC burnt ends, and Bama chicken.”

“Brisket, ribs, or pulled pork, slow cooked in a pit smoker and smothered in barbecue sauce, are more American in origin, and extraordinarily delicious.

There are lots of regional variations too. Mostly a result of what resources were available (ie, it’s smoked with whatever wood is readily available in that region), but now they are a strong point of regional pride, and the topic of endless “which region has the best BBQ” debates. (I’m a fan of Memphis style, myself, but it’s all good.)”

“Barbeque. I work for a German-owned company in the Southeast US. Whenever Germans visit, they always want to try barbeque.”

“Soul food. Southern cooking. Originated from slave cooks who their masters stole the recipes (or published out of “kindness” because they knew no one would accept a recipe from a slave) True fact. Soul food and soul music are as American as you can get.”

Philadelphia is credited for one of the most delicious sandwiches in the country.

A reader pointed out that it may be Canadian and mentioned Kraft Dinner. Whatever the case, Americans still love their mac n’ cheese and feel its American enough.

“Buttermilk biscuits. I’m an American that moved to Canada and they don’t eat biscuits like we do. Their KFC doesn’t even give biscuits OR gravy+potatoes. Godless….”

Meatloaf is considered a staple American meal and many commented how they grew up eating it for dinner.

New Englanders are all about the clam chowder.

Chicken nuggets are a home and fast food option that everyone, especially kids love.

A reader dug into the history of apple pie: “English. Oldest known recipe is from 1381 – and apples aren’t even native to North America (apart from crab apples).”

But there’s no denying that it’s associated with American culture.

“I read somewhere that the practice of putting sweet syrup on savory food is a genuine American invention.”

Yes all the unhealthy kinds according to readers.

“Honestly, fast food. Don’t get me wrong we have a lot more than that but it is one of our staple icons.”

“It’s a Midwestern thing but I’ve only seen it here and nowhere else.

It’s basically a slab of pork breaded then fried and made into a sandwich it’s good. Definitely worth trying if you’ve never had it.”

“QUINTESSENTIALLY American. Plus I believe they are outlawed on most other continents.”

“Pretty universally popular and like many Americans they’re sweet, round, and empty inside. Also I’m American so don’t hate.”

“Blueberry pie. Or anything with blueberries since they originated in North America.”

“Potato chips for sure should be on the list.

“I’ve traveled the world and no one knows what s’mores are besides Americans, whereas even if burgers or whatever are American, everyone everywhere knows what they are.”

Imagine eating a stick of butter?

“I stood there watching them eat it. Completely disgusted and enthralled at the same time. How? Why? I personally consider it cultural; as the USofA is the only place I have viewed “deep fried butter”

“I ate the deep fried snickers… I thought the butter was a joke. It wasn’t. Frozen butter in batter then deep fried. Dude.”

“I guess deep fried sticks of butter. It’s a culture….of stupidity and excess. Welcome to the Iowa State Fair.”

It could however be derivative of a Mexican dish or have Mexican culinary influence, I’m unsure. Although also good, modern chili was infiltrated by beans as a calorie, protein and fiber supplement I prefer (Texas/Western Style) chili without beans. It’s prompted one hell of a debate amongst chili lovers.”

The turkey tradition is strong in America.

“Don’t know of many other cultures that eat it like the Americans do.”

“If you ask for that in Europe they’ll give you sprite so they’re not claiming it.”

“I don’t think anywhere else in the world is as into bacon as the USA. And the bacon elsewhere is different from American style. I know it existed before USA but Americans have really run with it.”

“Pretty much every non-American who tries it exclaims at how bizarre it tastes.

Must be an American flavor.”

“Tex-Mex – it’s not Mexican food but rather a Texas creation that extends even to fajitas and margaritas.”

These are the foods that Americans believe represent our food culture.

More food related articles from This Mom is On Fire